Conversational skills – I have a boyfriend 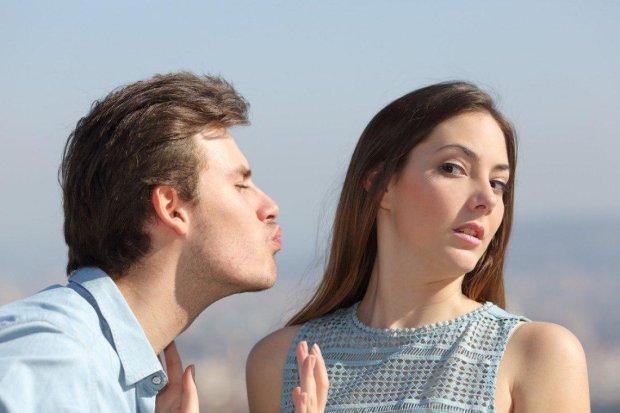 When a girl says, "I have a boyfriend," 9 times out of 10 it means "You show that you are very interested in me."

And it has nothing to do with whether she actually has a boyfriend. If a girl is interested in you, she will diligently hide the existence of your competitor until you sleep with her. What she says about her boyfriend does not in any way confirm that she is - you just gave her a reason to say so.

Reasons why a girl might say she has a boyfriend:

1. In fact, she doesn't have a boyfriend, and you just didn't interest her.

2. She has a boyfriend, and in the current situation she prefers him.

3. She has a boyfriend, but she wants to sleep with you. She wants you to be aware of the situation. She needs your understanding, caution and secrecy. And, although she is ready to have sex with you, she does not want any more serious relationship yet.

4. She has a boyfriend, and she is ready to cheat on him with you (this usually happens if you do everything right), but she does not want to feel guilty about it. The process of rationalization is included. While she talks about her boyfriend before sleeping with you, she excuses herself by saying that everything that happens is "your fault." Yes, she may regret later, but that won't stop her in the process.

5. She doesn't have a boyfriend and is interested in you. She just doesn't want to look like a loser who can't attract a man. Most beautiful women have an entourage - who position themselves as "friends", but secretly dream of fucking her. Since the words “my boyfriend” can have many different meanings, she introduces one of her entourage as “acting” her boyfriend. And this gives her the moral right to claim that she has a boyfriend.

As a general rule of thumb, don't ask if she has a boyfriend, and don't be upset if she mentions him. Just take it as a clue that you showed her too much interest in her too early. Then continue the seduction as usual.

Use any of these tips to get out of this situation:

Change the topic to another, and then come back again and offer to meet under a good reason. Let's say you developed communication, and she accidentally let out to you that she is interested in rare fish. Then you can adjust to this by saying that you are also interested in them (it is advisable not to deceive, but if you really want to, then .... And invite her to a meeting at the aquarium. Tell her that having a boyfriend shouldn't bother her to agree with you to talk and go ... (here you can suggest an unusual place). Tell a metaphor about strawberries and strawberries with cream: “If a person eats strawberries for a long time, then he becomes nervous, and his life becomes dull. Don't be afraid to taste strawberries with cream! ”. Or scare her with a story about a girl who all her life thought that her chosen one was ideal, but it turned out that he was far from ideal.